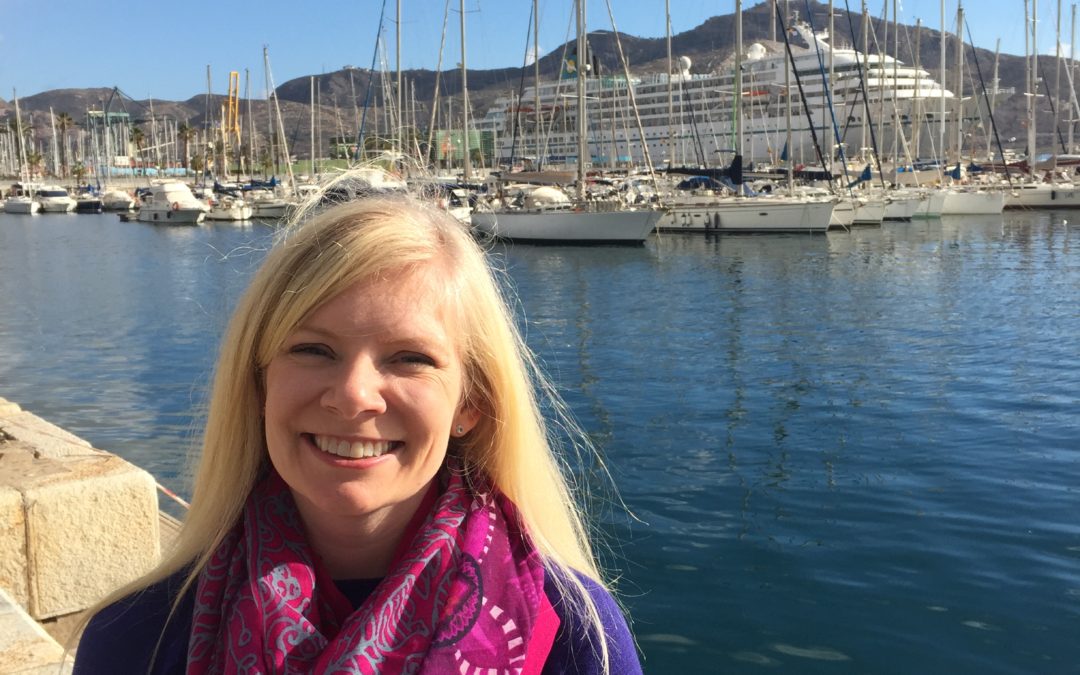 While we’re nearly one month into the new year, I’m just now wrapping up my reflections on last year. I think I’ve needed an extra month to properly reflect on it because so very much happened between January and December of last year.

2017 brought many big changes for me on both a personal and professional level. It was full of exciting and bittersweet moments, as well as challenges to work through and overcome. In today’s blog post I wanted to share with you some of the highlights in my 2017 year in review post.

I closed some chapters, and started new ones

After several years of hard work, and three different project ideas, I finally finished my dissertation, and defended it on May 5, 2017, earning my PhD in Clinical and Health Psychology at the Universidad Autonoma de Madrid. This was a moment wrapped up with so many different emotions, as anyone who has completed their own doctoral degree will tell you, but most of all it was filled with a sense of excitement for being able to close one chapter and decide which other chapters I’d like to start next.

While I was able to publish several research articles in 2017, and spent 6 months following my dissertation collaborating on a research project here in the Netherlands, at the end of the year I ultimately decided to put my research interests on hold (for now) to devote my attention to my private practice. For me, 2017 was an important year for realizing I can do anything I put my mind to…but I can’t do everything.

I transitioned to an entirely online private practice

I’d seen a few online clients while living in Madrid, but it wasn’t until I moved to the Netherlands in 2016 and began seeing my Madrid based clients online, that I began providing all my therapy services online. Still, I always assumed that after I finished my PhD I would open up a face-to-face practice in Amsterdam. However, in 2017 I began to meet an increasing number of mental health professionals who were working entirely online and for the first time I realized that you could make a career out of being an online therapist.

Throughout the year I also had an increasing number of potential clients getting in touch with me specifically for online therapy and before I knew it, my client load was nearly full of purely online clients. In 2017 I had clients who were living not only in Spain, but also many other countries throughout Europe, as well as Asia, Africa, and New Zealand, with a variety of different backgrounds, life experiences and concerns they brought to therapy.

I was able to travel!

One of the deciding factors for making the plunge into having an entirely online practice was the fact that it allowed me to fit two very important things into my life, alongside my work: travel and family. In 2017 I was able to visit Israel, take a day trip to Petra, a 2-week road trip around Portugal, a trip to the Academy of Eating Disorder’s International conference in Prague, a couple of shorter midweek trips to Brussels, and 4 different trips to Madrid.

And almost even more important to me was that it allowed me to temporarily relocate my office to Seattle, where I grew up, for a total of 10 weeks over 3 different trips. This allowed me to spend time with my family and embrace one of the new roles I took on in 2017—being an aunt! One of the hardest parts of expat life is being away from family and friends at home, and in 2017 I somehow found a way to lessen the sting of being so far away. I also have to express a great deal of gratitude to my amazing clients who have been flexible with my shift in availability during my time in Seattle.

I worked on building relationships

2017 was also a year for building new personal and professional relationships. I met many inspiring people both through my travels and my interview series, who reminded me that everyone on your path can be a teacher.  Since being your own boss and working mostly from home can be quite lonely, I also joined an online peer supervision group with fellow online psychologists and teamed up with another online psychologist to form an accountability/mastermind group. I also started investing more in my network here in Amsterdam by attending TEDxAmsterdamWomen and an event with the Professional Women’s Network in Amsterdam. I also joined the American Women’s Club of Amsterdam.

I can already tell that there’s going to be a great deal to look back on and express gratitude for this upcoming year. I had the chance to visit Sweden for the first time earlier this month where I was able to skate on a frozen lake and have many amazing conversations with others living a global lifestyle. And I have upcoming trips planned to Costa Rica, Seattle and Spain, which will include some vacation time as well! This March I’m attending the Families in Global Transition conference in The Hague as well as the Spark Conference in Amsterdam and in July I’ll be attending a week-long self-compassion retreat led by Kristen Neff and Christopher Germer. I also have some exciting projects I’m working on that I’m looking forward to sharing with all of you in the upcoming months, so stay tuned!

How was your 2017? What are you particularly grateful for or proud of from last year? Let me know by leaving a comment below!