When the Honeymoon Stage Ends: Adjusting to Life Abroad 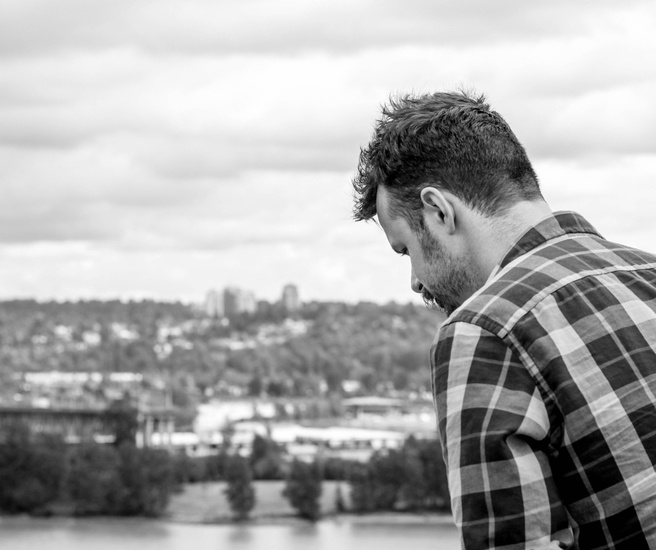 What did you imagine it would be like to live abroad when you first started planning your move?

When I made the choice to accept a position as a Teaching Assistant with Spain’s Ministry of Education back in 2009, I was full of excitement for what the ten months of living in Madrid would have in store. Great Food. Culture. Art. Travel. Dancing. Romance. Adventure…

Though I had been abroad for two 3 month stays previously, looking back now I see that I boarded that plane bound for Madrid in September 2009 with rose colored glasses and a coping skills toolkit that was pretty much empty. Truth be told, all I wanted to do was hurry up and get to Madrid, find an apartment (which would surely be easy enough, right? It definitely wasn’t…) and then hop on another plane bound for Naples where I’d be spending one week on the picturesque Almalfi Coast.

I cringe now to think of how starry eyed and ill prepared I was when making that international move. I hadn’t saved enough money, practiced enough Spanish, or cultivated enough emotional resilience. But none of those things were on my radar. I was going to Spain! I’d dreamt of this for five years! It would all work itself out!

…but things didn’t just work themselves out

Well, they certainly seemed to at first. I found an apartment in less than a week, which is no easy feat in Madrid. And met some great new friends soon after hitting the ground, including one whom I’m certain I’ll be in close contact with for the rest of my life. But my work day was much longer than I’d been expecting, which meant it would be harder to fit in private English classes, and my apartment was more expensive than I’d budgeted for. To add to it all, I started feeling incredibly sick two weeks into my arrival in Madrid.

Since feeling sick coincided with my return from Italy, I was certain that I’d picked up some sort of bug during my travels, a hypothesis that was further confirmed by a doctor in the ER in Madrid. Six years later I look back at this time and am almost certain that everything I was feeling was stress related.

However, back then I was certain that it was 100% physical and that Spain was slowly killing me. My stubborn self was not about to admit that there might be a psychological component involved. I journaled, did yoga here and there and had gone to therapy for a couple of months in the spring. It couldn’t be stress. And my conviction that it was purely physical only grew once my boss told me that it was obviously “all in my head.“

Though I have some fond memories of my first few months in Spain, such as a Halloween costume party with my roommate, introducing Thanksgiving to Spaniards, celebrating Christmas in London and ringing in 2010 in Madrid’s Puerta del Sol, the truth is that I was physically miserable for much of the time. And in early 2010 I was told by the principal of the school I worked at that if I missed another day of work, I would be fired.

Rather than going to another doctor, or asking myself if it might be a good idea to go talk to a professional, I instead did what any stubborn and slightly immature 24 year old may have done in my same shoes…I got a boyfriend. After all, if I was emotionally attached to Spain via a person, I would be able to weather any sort of uncomfortable emotions and physical discomfort that came my way, right?

Making sense of what was going on

Hindsight, and hours of my own therapy a few years later, helped me to realize some of what was going on with me that first year abroad. I wish that back then I would have had someone to tell me that it was completely normal and ok to feel awful, both physically and emotionally, when moving to a new country. That nothing is ¨just in your head,¨ since your head is attached to your body. Or that these signs and symptoms didn’t necessarily mean I had to move home, which I think was my worst fear at that time, but that they probably did mean I would have had an easier time adjusting if I’d found myself some additional coping skills and an expat therapist or coach as well.

I don’t regret the fact that staying in Spain was largely because I attached my heart to a person there. Ultimately, I think my heart was already set on making it my home, and a relationship allowed me to talk myself into the seemingly illogical decision of indefinitely relocating to Spain. Although this relationship ultimately ended, I learned a great deal about myself through the process, improved my Spanish, learned more about Spanish culture than I likely would have on my own, traveled around the country, and made many close friends.

Not everyone who moves abroad is destined to have a crash as intense as the one I had after the honeymoon stage ends for them, but many people will have a moment or two when they ask themselves if they’ve made the right decision, if they wouldn’t be better off back at home or somewhere else in the world, or if they are really cut out for living abroad.

Truth be told, I still ask myself these questions sometimes, nearly a decade later. The difference is that I now see that life, wherever in the world you are, is like an ocean. It’s never going to be completely flat. There are going to be waves, and sometimes they may even be tsunami like. So, the question is, are you going to let those waves pull you under? Or are you going to surf them? And if your choice is to surf them, then it’s a question of learning how. It’s completely ok and acceptable to acknowledge that you’d like to surf the waves of living abroad one day, but that today is not that day, and therefore make the decision to go home. But this decision is best made when it comes from a place of acknowledging that you’d rather learn to surf back at home because you’ll feel more supported or because the water is more familiar, not because you think a waveless ocean awaits you.

If you’re struggling with adjusting to life abroad and want to surf the waves, but need some help in figuring out how to do so, I’d suggest reading my blog on Tips for Keeping a Positive Attitude Abroad.  Other helpful blog posts include “Making the Decision to go Home” and “Coping with Uncertainty.”