My Own Journey Towards Becoming an Intentional Expat 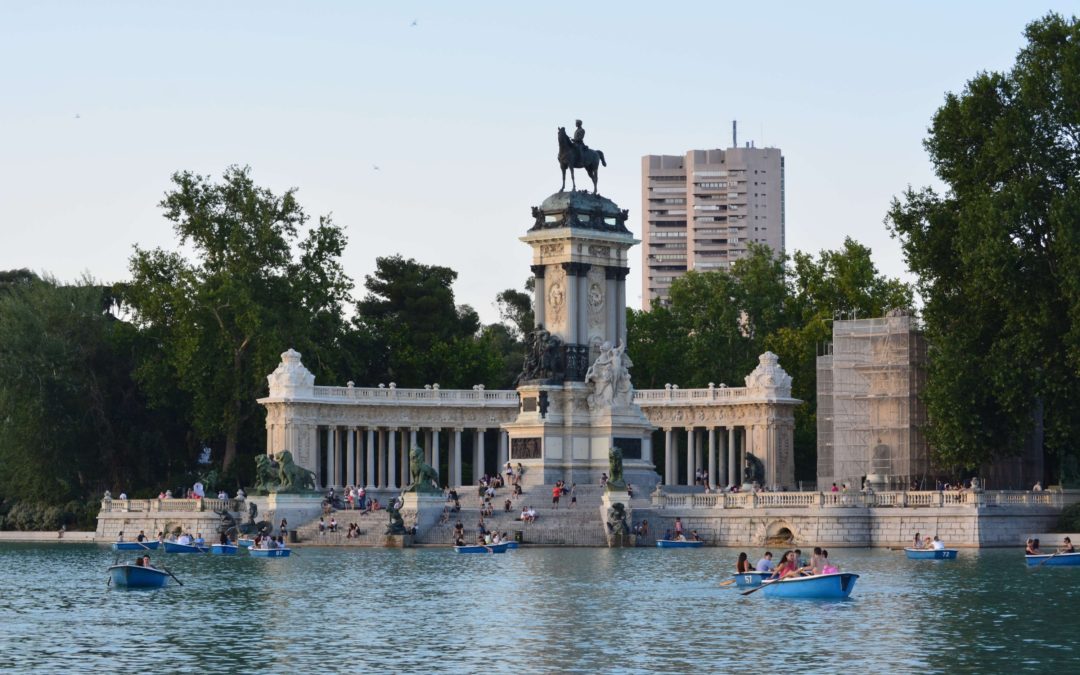 I wasn’t always an intentional expat. In fact, only a year ago  I would have considered myself more of an accidental expat rather than an intentional one. For me, it took four whole years in Spain and a painful breakup with my long-term Spanish boyfriend before I really took the reigns and began to invest in my best life possible abroad.

When I first came to Madrid back in Fall ’09, I did so with the very specific plan of staying for the ten months required by my work contract. I’d fill September through June with siestas, travel, and a full-on immersion in the Spanish culture, language (and nightlife).  A little short of a year to become more independent, find out who I was when everything that I’d used to define me was no longer around, and to clarify my life goals. And after doing all that, I’d return home to live a real, grown-up and responsible life.

At least that’s what I told myself I was doing. Rather than tell any of my family and friends the possibly upsetting news that I might never move back, or come face to face with the uncertainty and fear I’d feel if  I admitted  this very real possibility to myself, I packed my bags and boarded my international flight with a short-term change of scenery in mind.

But, as Danish philosopher Soren Kierkegaard once said (and Steve Jobs would later sum up in his famous “connect the dots” quote):

Life can only be understood backwards, but it must be lived forwards.

I think that we can only fully understand our intentions, the longings of our hearts and our subconscious desires later on down the road. Sometimes, in the present moment it’s just too complex (and scary!) to fully admit them to ourselves.  So even though I told everyone (including myself) that I was leaving for ten months, looking back I think a part of me knew that I was embarking on a bigger adventure than I realized. And looking back, I also see that selling my car, many of my belongings and buying a one way ticket to Madrid were all hints at what my subconscious had in mind, but which I was still blind to.

If I had been more honest about my interest in embracing, and possibly extending, my experience abroad, I wonder if I would have better prepared for the big life change that was in store for me. Not economically or logistically speaking.  To prepare for that aspect, I had done a great deal of research on apartment hunting, planned out my expenses and had organized several language exchange partners while still stateside so I could ensure that the plunge into life in Spanish would be less jarring. But what I hadn’t realized was just how much emotional resiliency would be required in pursuing my goal of “finding out who I really was when all the familiar had fallen away.” And because, aside from 3 three month trips through Europe, I had always lived a thirty minute drive from my family, I didn’t know just how much I was lacking the necessary skills required to take on such a daunting task.

Looking back on the four years that followed, I see that instead of becoming more of “myself,” I battled the uncertainty of life abroad by falling into a life very similar to the one I’d left back at home. I used my increasingly serious romantic relationship as an excuse to stay, rather than admitting that maybe it was I who was enjoying life abroad. Year after year I said it would be “just one more year,” and this survivalist, short-term mentality prevented me from investing in a lot of relationships, being proactive about my own mental and emotional health and most importantly, from listening to what my heart had been trying to tell me for four years: that I was really, really happy living in Madrid.

For four years I told myself that if my relationship ever ended I would return to the states. Which is why I was shocked to discover that when it did end, the option of going back to the states never even crossed my mind.  Instead, I came face to face with the reality that after taking the bold move of leaving my comfort zone to move abroad, I had done everything possible to stay close to said comfort zone. And in doing so, I didn’t get the chance to experience the magic of getting to know myself.  I was determined to go back and go through the hard process that I had wanted to embark on when I left home back in ’09. I was ready to become an intentional expat.

For me, this meant coming face to face with certain realities I’d run away from when I left home. It meant really acknowledging the miserable feeling of homesickness, along with it the fact that “home” was a place that no longer existed for me in the same way. It also meant telling family and friends that I might never move back to Seattle and dealing with the guilt and confusion that came from acknowledging this to myself.  I came to intimately know insomnia and had to lean on friends, even ones I had known for only a few weeks, and let them see me at my most vulnerable. Thankfully, I had a lot of professional knowledge to rely on and when I felt like I needed more skills, I turned to other professionals and books for help. It was not easy experience, but “finding” something is not supposed to be an easy experience because it implies something being lost. And when that thing that’s lost is yourself, then it’s bound to be less than comfortable.

“The cave you fear to enter holds the treasure you seek.”

Despite the fact that I had shared this wisdom, in one way or another, with many patients, I hadn’t followed it myself. But when I finally did, I was delighted to discover that it was absolutely true.  Before long, the doubt and confusion started to fade away as things started to come together. New friends started to appear, I found ways I enjoyed filling my free time,  I spent a holiday abroad, and these uncomfortable emotions came in waves, that arrived less and less frequently. Before long, I realized that I was becoming that strong, independent, adventurous woman that I had gone across the Atlantic to find four years earlier, thanks to stepping out of my comfort zone, trying new things, meeting new people wherever I went and doing things that scared me. And most of all by coming up with a list of coping skills to serve me when homesickness (or anxiety, or sadness, or any other uncomfortable emotion) strikes.

Us helping professionals aren’t immune to distress. Although we do have a bigger toolbox to work with, we’re still human. My toolbox includes journaling, yoga, meditation, running, walking, dancing and long coffee dates with like minded friends, among many other things. If you’re preparing to move abroad, or are already living outside of your home country, start making a list of skills that are already in your toolbox. What do you do when you’re feeling crummy? Go for a run? Play a video game? This list can include less than healthy coping skills too, like grabbing a beer, sleeping, and snacking, but the hope is that you turn to these options less frequently and that your list of skills that you can turn to 100% of the time is constantly growing. Challenge yourself to use your time abroad to broaden your list. Maybe you’ll learn that writing poetry or cooking food from your new country of residence helps to center you and cheer you up.

You can also divide your list into “proactive” and “reactive” skills. Reactive skills are the things we turn to when we’re already feeling down, whereas proactive skills are like an investment in trying to keep those less than enjoyable emotions at bay. One of my favorite proactive skills is my daily “Happy Jar.” At the end of each day, I write on a slip of paper my happiest moment of the day. This is also a great way to boost gratitude, which research shows helps to boost happiness AND it’s helped me to identify a lot of my reactive coping skills (i.e.  after a string of days in which my happiest moment was a long walk home, I realized that “walking” is something that cheers me up).

Now you know the short version of how I transitioned from being an accidental expat to an intentional, proactive expat.

How would you define your own expat experience? And what sort of coping skills do you use to help you live your best life abroad?

I spent many years living as an “accidental” expat before becoming more intentional about my own global life.

I now combine my international experience with my background in psychology to help global nomads around the world make the shift from merely surviving to thriving abroad.

Entrepreneur Life Expat Life Global Nomad Interviews Life in Spain Mental Health Mindfulness Mindfulness & Self-compassion My book Relationships Repatriation (Moving Home) Self-Care Should I Stay or Go Travel
We use cookies to ensure that we give you the best experience on our website. If you continue to use this site we will assume that this is ok with you. OkPrivacy policy