How to Cope With Uncertainty: Finding Comfort in the Unknown 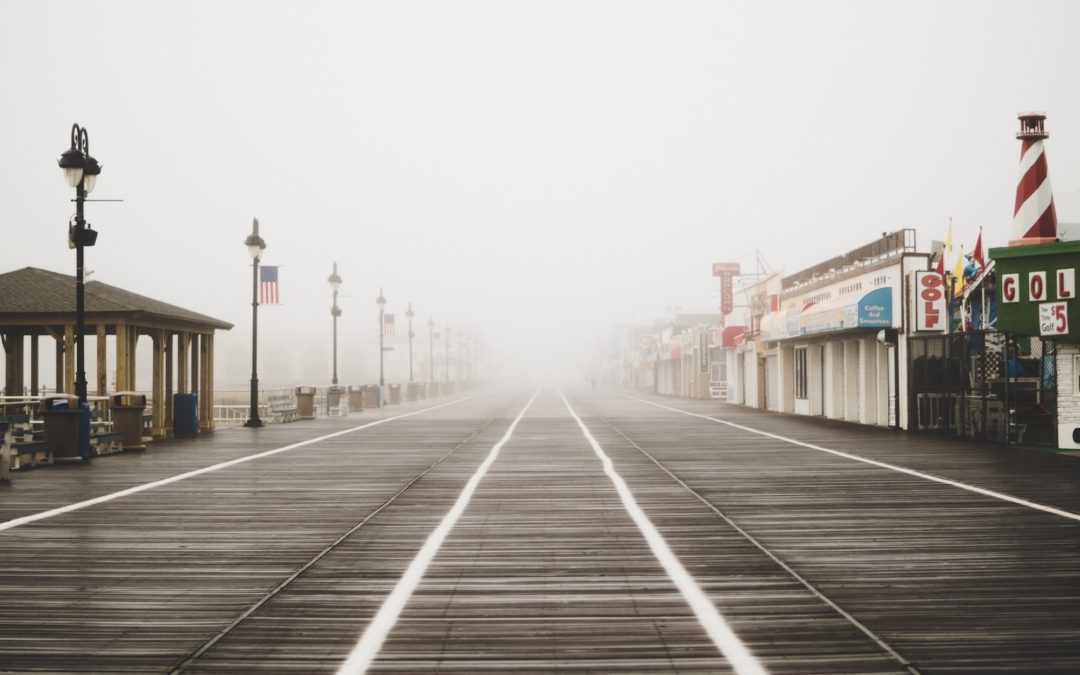 About a week and a half ago I wrote a post (that has now received over 5,000 views–thank you!!) about how to reframe the decision of whether to stay abroad or move home. Big decisions like these are largely stressful because they bring us face to face with a reality that we often try very hard to hide from:

life is full of uncertainty.

Moving away from your home country certainly does help you to get comfortable with navigating the sometimes tumultuous waters of the unknown. However, after settling into their new home, most people find that what was once new and novel starts to become quite familiar. You’ve found your favorite products at the supermarket, you’ve overcome the hurdles of opening a bank account, getting a cell phone & finding a place to live, you’ve met people who you can call/text/Facebook message when you want to make plans, and you’ve probably found some cafes, bars and restaurants in the city that you’ve dubbed your “favorites.”

In short, you’ve made your new place of residence your home. After months spent getting to know this once unfamiliar place you’re finally getting comfortable!

But for most people living abroad, this bubble that you’ve been living in, where you’ve been able to deny the reality of uncertainty, is about to pop. The school year is ending and along with it will come the season of goodbyes. Many of you are probably preparing to move somewhere new and are getting ready for that limbo stage where you’ve checked out of that place you’re currently living, but still haven’t said hello to your new home.

Maybe you’re headed back to the place you used to call home before you moved abroad, and whether it’s a temporary visit or a potentially permanent relocation, you’re not sure what to expect. Not to mention that even if you’re staying in the same city, avoiding a trip home and returning to the same job in the fall, you still have to come face to face with the bittersweet reality of expat life–many of the people who have been part of your social circle over the past few months will be going their separate ways.

Have I managed to scare you enough yet? Definitely not my intention. After all, the only constant in life is change. Although, it is true that if you’d decided to live in the same place forever, spending time with the friends you’d known for years, then you may have been able to hide your head under the covers and largely forget about this reality.  But instead, you came abroad.

Now, at this point you might be kicking yourself for having left your home country and wondering if life would have been easier if you’d just stayed at home.  I’ve done the same thing many times myself. And I think the answer is that yes, if you were one of the lucky people who came abroad solely by choice, staying back at home would indeed have been easier. After you go abroad, you’ll never truly be at home again. But that’s what makes life as a global nomad so rich. It’s not necessarily easier, but it does offer you opportunities to learn and grow in ways that you would have missed out on if you’d never left home.

Living abroad, and the inevitable uncertainty that goes along with such a life, can offer you the opportunity to embrace, rather than resist, the unknown.

So how exactly can we cope with uncertainty? Well, in order to do so we’ve actually got to work against our natural instinct. When faced with uncertainty and ambiguity, our brains automatically scramble to find a way to be in control and make sense of things. This “control instinct” often works very well for us in our day-to-day lives. It comes in handy when we notice our shoe is untied and we stoop down to tie it, or when we realize it’s too cold so we put on a jacket. Nevertheless, it works against us when we try to control things that lie outside of our realm of control, such as our feelings or the future. Studies have actually found that people who are constant worriers have a lower tolerance for uncertainty. In short, our brains trick us into thinking that if you think up enough “What ifs…” and worst case scenarios that you’ll actually be able to minimize the pain you feel if an unfortunate circumstance strikes.

This is simply not true.

But this control instinct is something that goes into effect automatically and you have to intentionally work to override it. Acceptance and Commitment Therapy (ACT) is a mindfulness-based intervention that focuses on doing just this. ACT emphasizes that control is the problem not the solution. One of my favorite metaphors for this, and one I’ve slightly altered to relate to this dilemma of the unknown, is the Monster Tug of War:

Imagine that you’re standing on the edge of a cliff. You’re holding on to a rope and on the other side is the “Uncertainty Monster” who is also on the edge of a cliff. You’re pulling the rope as hard as you can towards you, but the monster is pulling hard too and each time he tugs he screams at you reminding you of all of the unknown that looms ahead. You yank back, trying not to think about that uncertainty. The tug of war continues and you don’t know what to do because you’re not sure you can keep pulling on the rope for much longer, but you don’t want to go over the edge. Can you foresee any other solution?

Let go of the rope. Stop fighting with uncertainty and just accept that it exists and is inevitable. And the same goes for the accompanying feelings.

Another metaphor that I find to be particularly helpful is that of learning to “ride the wave.” When we try to fight the approaching wave of uncertainty we end up flailing around, exhausting ourselves and risk being sucked under. But if we accept that the ocean will never be completely calm then we can see the waves for what they are and even learn to embrace them. This is what is at the heart of mindfulness (a core component of ACT): accepting that difficult moments are part of this life, that pain is inevitable, but that suffering is not. Suffering is a result of us fighting that pain.

Here in Spain a big source of uncertainty are any interactions you have with the immigration office. You never really know what to expect when you head down to the dreaded “Aluche,” here in Madrid. When I attended my first orientation before starting as an English teacher, the program coordinator advised us that bureaucracy in Spain is like the little green “padron” peppers that Spain is famous for–some of them are spicy, and some of them aren’t, and you just never know until you bite down. This analogy has served me time and time again when dealing with a number of things here in Spain, and can be applied to life in general (although thankfully life as a whole does tend to be slightly more predictable than the behavior of Spain’s public servants). We really don’t know what to expect until we “bite down,” and in accepting that this uncertainty is just part of the experience,  the unknown suddenly becomes much less overwhelming

If you find yourself feeling overwhelmed by the unknown that’s looming ahead in the next couple of months, remember this:

“Uncertainty is the only certainty there is. And true security is the result of anchoring oneself to the certainty of uncertainty.”