Doubts About Going Abroad? Even the Adventurous Have Their Doubts 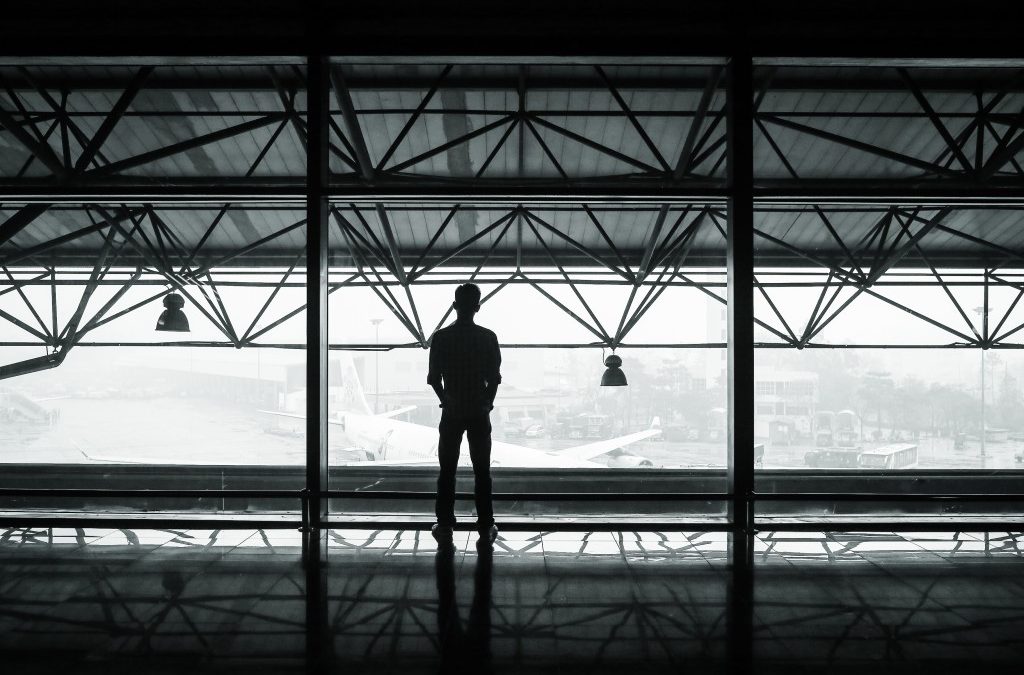 I’m getting set to head back to my other (original) home in Seattle in a couple of weeks for some much needed time with family, friends and the beautiful scenery of the PNW in the summertime. I’ve been fortunate to be able to go home each and every summer since I moved to Madrid back in September 2009, and while I adore the quality time I spend with everyone there, time I probably would never cherish as much if I could see them whenever I wanted, it’s always hard to transition from one home to the other. Despite the fact that I’m heading into my seventh year of living abroad, tears are inevitable whichever side of the world I’m saying goodbye to.

Many people tell me that they could never do what I’ve done because they’re not brave enough. However, after all of this time abroad I’ve become a firm believer in the fact that the truly courageous are not those who live without fear. They are those people whose fear is very real, but who do not let these fears stop them from doing something that their gut tells them is meant for them.

Today I want to share with all of you a glimpse of some of the doubts I felt myself when I embarked on my first solo trip abroad back in March 2008.  I had taken a leave of absence from my job at a children’s psychiatric hospital to attend a three-month intensive language course in Alicante and Madrid, Spain and despite months of planning, I suddenly found myself wondering if I hadn’t made a mistake. If you’re getting set to head off an adventure of your own, but are having doubts about going abroad, read on.

Easter morning 2008. I’d awoken bright and early before my alarm clock sounded, coming back to the shocking reality that the night before I had landed in Spain… all alone.

I had spent the two hours leading up to my flight walking around in circles at Seattle’s SeaTac airport, wondering what the heck I was doing heading off to Spain for three whole months (a thought I hadn’t allowed myself to ponder during the many months leading up to my departure). I even went so far as to make a tearful call to my sister from an airport pay phone, confessing to her that I had made a terrible mistake and would her and my parents please come pick me back up at the airport.

Despite being my younger sister, she was able to provide me with some perspective on the situation and talk just enough sense into me to help me get me on the plane. Immediately after settling down into my seat, I struck up a conversation with a couple who were heading off to Italy for their honeymoon, thereby finding my secret weapon for solo travel–if I could strike up conversations with strangers, I would never feel alone.

However, only day later, on Easter morning, I now found myself in a land where striking up conversations with strangers was much more complicated since my Spanish skills were extremely limited at this point. And once again my head was flooded with the following thought–

¨What in the world were you thinking taking a leave of absence from your wonderful stable job to head off into the unknown for THREE WHOLE MONTHS.¨

Thankfully, I didn´t have much time to entertain these thoughts because I had a train to catch to the coastal town of Alicante where I’d be spending the next month improving my Spanish skills before returning to Madrid for two more months.

I lugged my suitcase downstairs and strung some words together to make it clear to the taxi driver that I was heading to the train station. On the way I frantically searched my Spanish phrase book to find out how to wish him a ¨Happy Easter¨ when I got out of the cab. When he helped me to unload my suitcase, I handed him the money and proudly said “¡Feliz Pascua!” to which I received a very odd expression in return. I assumed it must mean that Spaniards didn’t really like Easter, but now, six years later I think it had more to do with the fact that I had given him an excessively generous 5 euro tip.

Sitting at the train station, watching the minutes slowly tick by, I once again found myself filled with that now familiar sense of anxiety towards the unknown that loomed ahead. Thankfully, right at that moment fate stepped in and took control of the shuffle mode on my iPod, choosing the oh-so-appropriate song that filled me with a sense of calm and the conviction that despite not knowing exactly why I was doing what I was doing, I was in exactly the right place:

Well it aint no use to sit and wonder why babe

Given you don’t know by now

And it aint no use to sit and wonder why babe

During the months that would follow, as I navigated life in Spain, met new friends, had new experiences and continually improved my language skills, Bob Dylan’s “Don’t Think Twice, It’s Alright” would continue to serve as my anthem of encouragement in the moments when I felt plagued with loneliness and doubt.

In her book “Eat, Pray, Love,” Elizabeth Gilbert quotes a Sufi poem that states that “God drew a circle in the sand exactly around the spot where you are standing right now.” I didn’t know it at that moment, but as I sat in Madrid’s Chamartin train station the morning of Easter 2008, I had just set in motion a series of events that would lead me to where I am today over seven years later. In the years between I would meet people who would blow my world view apart, others who would validate and renew my way of seeing things. I would travel to numerous different countries and see and taste things that would make me cry in delight for the joy of being alive. I would learn a new language, which would allow me to study in another country and later touch my client’s lives through my ability to communicate with them in their mother tongue. I would have many many late nights, would redefine what “getting up early” meant for me and would record so much of this in an every growing journal collection.

Heading off towards the east coast of Spain that morning, all I knew was that I was where I was supposed to be at that moment. And sometimes, that’s all we need to know. And knowing you’re in the right place doesn’t mean that you don’t feel afraid. I’ve learned over the past seven years that those fears are often the arrows that point me in the right direction. Those jitters that almost kept me from getting on that airplane was confirmation that I was doing what I needed to do. And although it wouldn’t have served me much at the time because I think these words carry much more power seven years later, after having learned all this through experience, it’s funny to think that during those travels towards my destiny on Easter weekend 2008, I wore a bracelet gifted to me by a close friend as a departing gift which bore these words:

“I learn by going where I have to go“

I’ve learned so very much by going where I have felt I needed to go. And I have so much more learning ahead of me.

Are you having doubts about going abroad? Or are you someone who like myself, hasn’t let fear or doubts hold you back from embarking on a new adventure? I’d love to hear your stories, especially your tips for you you didn’t (or aren’t) letting those fears bully you. What did you learn by choosing adventure over fear?

It’s also important to note that while stepping out of your comfort zone to go abroad can be healthy, pushing yourself so far out that you’re out in open water is NOT a good idea.Keep in mind that big life changes like going abroad can often serve to exacerbate preexisting mental health disorders. If this is your case and you’re planning to go abroad make sure to have a plan in place for how to take care of yourself during the ups and downs of the transition. My article on “Tips for Keeping a Positive Attitude Abroad” may be a good place to start!

You might also be interested in this talk I did for Lisbon Digital Nomads recounting this same story and how I help clients to be courageous in the face of fear: