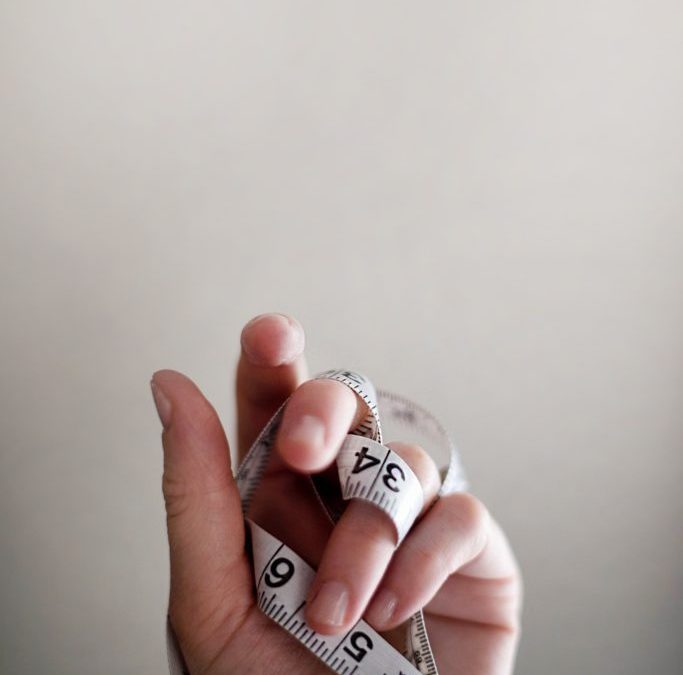 “Why does he spend hours at the gym instead of with his friends?”

“Doesn’t she realize that she’s already too skinny?”

These are just some of the comments I’ve heard from the family and friends with a loved one who is struggling with an eating disorder, which reflect an all too common myth about eating disorders when the truth is that:

They are NOT just about food and weight.

Eating disorders, such as anorexia, bulimia, binge eating disorder (BED) or other specified feeding or eating disorders (OSFED), are complex illnesses that affect individuals of all ages, cultures and genders. While recovery is possible, treatment is often a long process. For those on the outside it can appear as if the patient is not improving at all. This can then lead the patient’s support system to feel frustrated or even exhausted, and may even affect their own physical and mental health.

My doctoral dissertation focused on the experience of family members of teenagers with an eating disorder and part of my graduate training included helping to facilitate support groups for these family members.

One of the goals of these groups was to help educate parents about the complexities of eating disorders and dispel myths such as the idea that they are merely about food and weight. In these groups, and with parents I’ve worked with since, I draw the following picture as a way to reduce their frustration about the recovery process and help them better understand what their child is going through:

In order for family members and friends to adopt a more empathetic and compassionate attitude towards their loved one’s recovery, it’s essential for them to understand that not eating, eating too much, exercising in secret, taking laxatives, and other behaviors observed in patients with eating disorders that relate to food and weight, are just one piece of the picture. Underneath the surface are larger issues that their loved one is also struggling with, which are unique to each person. Actions related to food and weight serve as a way to cope with these under the surface concerns. And the hope is that these patients are working with a mental health professional to treat these deeper concerns as well.

Many family members initially struggle to accept this vision of eating disorders. And it makes sense that it takes them time because it requires a paradigm shift, an acceptance that the problem may be larger and more complex than they initially imagined. However, in the long run, this metaphor allows many family members to have greater patience and understanding throughout the recovery process, as they’re now aware that the problems is greater than what meets the eye.

Another benefit is that it provides them a way to relate to what their loved one is going through. Although they may have never struggled with food or weight themselves, they most likely have had a moment in their life where they were faced with one of the other issues that is lurking below the surface, such as a desire to belong or a need to feel in control.

The priority in treatment for many patients with an eating disorder is to restore them to a healthy weight, minimize binge-purge cycles and ensure adequate nutrition, given that these aspects of the disorder can lead to serious health consequences and interfere with the success of other aspects of treatment, such as those offered by psychological and pharmaceutical interventions. However, any treatment that fails to address aspects beyond food and weight will ultimately fall short.

I’ve worked with many patients who’ve sought out therapy for issues that initially appeared completely unrelated to an eating disorder. Yet, when they mention having struggled with bulimia, anorexia, or disordered eating in the past, I often wind up drawing the same iceberg image for them as well.

Although these patients may no longer be at a dangerously low weight, have long ago stopped purging, don’t obsess over weighing themselves or have left behind their days of calorie counting, I explain to him that they appear to have chipped away at the tip of the iceberg, but that we have work to do on the part under the surface. They may no longer warrant a diagnosis of an eating disorder, but the things that led them to develop an eating disorder, and that may have served as factors that maintained the disorder, are still there lurking under the surface and waiting to be worked through. These could include difficulties with regulating their emotions, their perfectionism, low self-esteem, unaddressed history of past abuse, unmanaged anxiety, etc.  And more often than not, whatever it is that brings them to therapy at that moment (procrastination, addiction, panic attacks, insomnia, depression, etc.) could be considered the new tip of the iceberg.

If someone you care about is struggling with an eating disorder, I encourage you to keep in mind this iceberg metaphor to better understand the complexity of the struggle they’re currently going through. If you’d like to learn more about how to best support them, I highly recommend Skills-based Learning for Caring for a Loved One with an Eating Disorder: The New Maudsley Method which is written by one of the leading experts in the field, Dr. Janet Treasure.